Matthew “Mattie” Joseph Thaddeus Stepanek was born on July 17, 1990 with a rare neuromuscular disease. Despite disability, Mattie grew to be a well-respected poet and peace ambassador, and he inspired millions of people around the world with his deep faith in God and humanity, and with his messages of hope and peace.

Baptized at birth and confirmed in the Catholic Church at the age of 8, Mattie enjoyed a close friendship with God throughout his brief life. He said that his spirit was strengthened by the Saints and the Holy Eucharist and that he lived with a purpose given to him by God. At the age of 3, Mattie began sharing his “Heartsongs” — which he described as each person’s unique reason for being, given to us by God, and expressed through talents and gifts. He believed that his purpose was to be a “messenger” — shaping with words what God placed in his heart for the good of our world.

Because Mattie believed it was important for people to “get to know our neighbors, around the block and around the world,” he studied many diverse faiths and cultures, and he celebrated all of humanity as a “mosaic of gifts.” He ultimately published seven bestselling books — six collections of Heartsongs poetry and one collection of Just Peace essays and letters. As a spokesperson for disability and peace organizations and a catechist in his parish CCD program, Mattie became a source of hope and peace for people of many ages and abilities and aspirations, bringing diverse global neighbors together in prayer and purpose.

Mattie died on June 22, 2004, just three weeks before his 14th birthday. He is buried at the Gate of Heaven Cemetery in Wheaton, Maryland, alongside his three siblings – Katie, Stevie, and Jamie – who predeceased him during young childhood. The Mattie J.T. Stepanek Guild was initiated on September 21, 2012 — the Feast of St. Matthew the Apostle and the International Day of Peace. The mission of the Guild is to gather information and reflections about Mattie’s life and heroic virtues for the possible Cause of Canonization.

Matthew Joseph Thaddeus Stepanek (”Mattie”) was born July 17, 1990. He is the youngest of four children, each of whom died during childhood from an inherited rare and fatal neuromuscular disease called Dysautonomic Mitochondrial Myopathy. His mother, Jeni, did not know she carried the gene for the disease. She was diagnosed as an adult after all four of the children — Katie, Stevie, Jamie, and Mattie — were born. The prognosis for Mattie’s medical and developmental future was grim, and many professionals disagreed with or questioned Jeni’s choice to offer Mattie life-prolonging treatment. Like his siblings, Mattie needed a tracheostomy tube, ventilator, oxygen, central lines, feeding tubes, monitors, medicines, routine blood transfusions, a wheelchair, and other life supporting medical interventions. Especially during his early and final years, he spent many months at a time living in hospital Pediatric Intensive Care Units. Mattie defied medical and developmental odds; not only did he live almost 14 years rather than the handful of hours anticipated early on, he was also developmentally and academically advanced, becoming a gifted writer, a respected teacher, and a spiritual and inspirational speaker.

Mattie’s life was filled with extraordinary blessings and burdens, but in many ways, he was an ordinary kid with hopes and dreams, frustrations and fears. He faced many challenges, including living daily with a life-threatening condition and chronic healthcare needs, the loss of siblings and friends, financial stress and bullying, and other personal and community challenges. His parents divorced when he was young, and he lived alone with his mother, growing up in Maryland — first in rural Upper Marlboro in Prince George’s County, and then in the King Farm neighborhood of Rockville in Montgomery County. Mattie was a deeply spiritual child, and his faith and friendship with God strengthened him in life and brought him joy and purpose. He was very active in church and volunteer activities. Despite disability, he enjoyed sports (he earned a Black Belt in Hapkido), playing (especially with stuffed animals and action figures when he was younger, and with Legos and video games when he was older), and being with friends (he was a great practical joker). He also enjoyed attending MDA Summer Camp, vacations on the Outer Banks of North Carolina, and witnessing sunrise and sunset every day. At age 11, he became a proud “Daddy” to Micah, his golden retriever service dog.

Because of his disability diagnosis and the many medical complications, Mattie began receiving early intervention services from the Maryland Infants and Toddlers program when he was only a few months of age. At age 5, he began attending his local public school where he was in both the Gifted and Talented program and supported by an IEP in the Special Education Program. He began skipping grades at age 7, then began homeschooling at age 9 due to a combination of disease progression and a desire for more advanced academics. Mattie loved learning. He was quickly immersed in a high school curriculum and auditing college courses, enjoying every minute of the academics as well as the extra time homeschooling allowed him for volunteer, extra-curricular, and recreational activities. He was also an active observer-participant in many of the graduate level classes he attended with his mom, Jeni, as she pursued her doctoral degree in early childhood special education. (At age 9, he even outscored Jeni on a research and statistics final exam, earning a 100 percent while earned a 98). Mattie’s favorite subjects included literature, social studies, and humanities, and he enjoyed studying other cultures and languages. He read hundreds of books each year — classics, biographies, bestsellers, and more. He greatly enjoyed the Lord of the Rings and the Harry Potter series (both the books and the movies), and his favorite books of all time were To Kill A Mockingbird and the Bible.

Mattie began creating poetry, short stories, and essays when he was 3 years old. Initially, his expressions explored his grief following the death of his brother, Jamie. As Mattie grew older, his writings reflected his evolving understanding and views of our world and our need for hope and peace. He said that “shaping messages with words” was his unique gift from God, and that many of the messages he shared were placed in his heart by God, and intended for our world through his words. He penned seven NY Times Bestselling books — six volumes of Heartsongs poetry and one collection of Just Peace essays and letters in collaboration with Former U.S. President Jimmy Carter. He was the lyricist for a number of songs, and collaborated with the country teen singer, Billy Gilman, on a CD entitled “Music Through Heartsongs.” He also shared homemade booklets, short chapter books, and treasure boxes filled with inspirational quotes with friends and neighbors — a favorite among members of his parish included “Ponder, Praise, and Prayer: A Collection of Meditations for Lent and Holy Week” which he created as a gift for the members of Most Holy Rosary as he prepared for his Confirmation. On September 11, 2001 — after watching personal friends perish in the wake of terrorist attacks in the United States — Mattie penned three poems, the final one, “For Our World” — which includes the message that “We have, we are, a mosaic of gifts… to nurture, to offer, to accept…” — he offered as “an international passage and prayer for peace.” His personal life philosophy, which he first expressed during an interview at age 5, was “Remember to play after every storm!” — because “playing rejuvenates the spirit and connects us with our neighbors, as God intended.” He said that the messages of purpose he shared from God could be summarized as “Real’ize, follow, and celebrate your Heartsong” and “Hope is real! Peace is possible! Life is worthy! Prayer is powerful!”

From the age of 5, Mattie gave inspirational speeches on hope, peace, faith, and purpose to a variety of audiences, ranging from school children to business and elected leaders, health professionals to educators, and spiritual groups to parenting and disability advocates. In 1995, he began serving as a local ambassador for the Muscular Dystrophy Association (MDA), served as the Maryland State Ambassador from 2000 through 2002, and from 2001 to 2004, he served an unprecedented three-year term as the National Goodwill Ambassador for the organization. He also began working with Children’s Hospice International in 1995, first serving as “Head Elf” for the organization’s annual “Fantasy Flight” — an event for children and families dealing with life-threatening conditions, and by 1998 he was working with CHI making presentations on Capitol Hill in an effort to secure revisions in hospice care laws and guidelines for children — a mission that became known as the “Mattie and Melinda Bill” and entered as a House Resolution a few years after his death. In 2002, Mattie helped Grammy Award-winning musician, Nile Rodgers, launch the We Are Family Foundation – a global organization that promotes peace by tending to basic human needs, as well as by building schools in remote areas of the world where education is lacking (in 2005, a school named in Mattie’s honor was built in Mali, Africa). Mattie volunteered as a spokesperson for many other disability and peace organizations, and visited schools and places of worship to engage children and adults in conversation about following our Heartsongs – or living with purpose from God, about the power of prayer and hope, and about choosing peace in attitude and action – for ourselves, for our neighbors, for our world, and for God. Mattie was in the media quite often throughout his life, but especially during his final three years when he became a regular guest on shows like Oprah, Good Morning America, Larry King Live, and the MDA Jerry Lewis Labor Day Telethon. He embraced all print, radio, and television media time as opportunities to share and amplify his “Heartsong” messages of hope, peace, and purpose with national and international audiences. 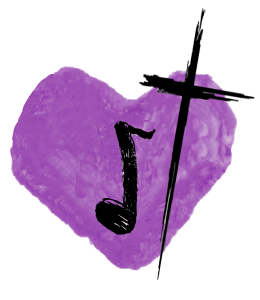